Their motto is the same for each person,
"You are important, You can't change your past, but you can change YOUR Future." 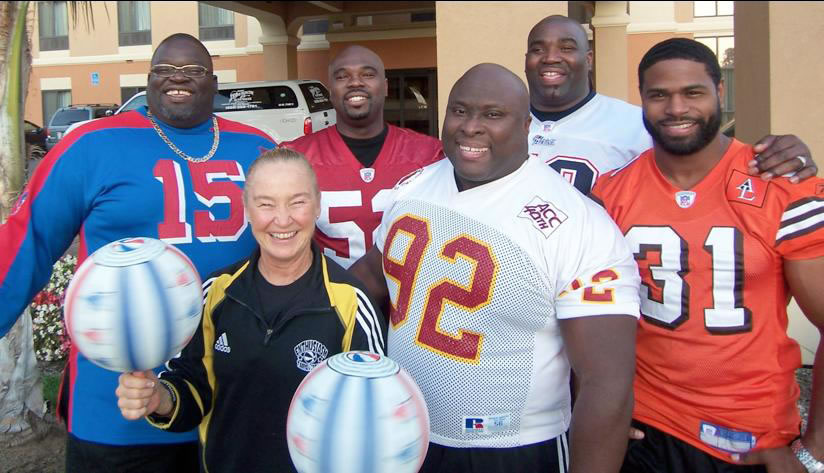 "It’s not how you start , it’s how you finish”, is a quote that is used often by our speakers because it is indicative of many of their life stories. They have been successful in there sport, education , business , and most of all , there family. They challenge our younger generation to pursue passionately great Effort, Education and Excellence each day of life. 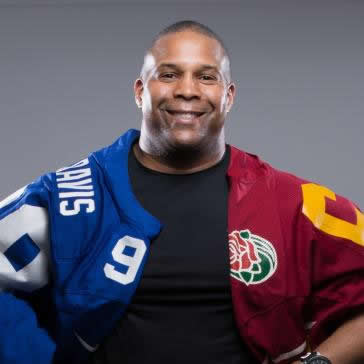 Keith Davis is a former college and professional football player that has been seen on ESPN, ABC, USA Today , and Sports Illustrated. He is also an entrepreneur as well as a motivational speaker who has spoken in thousands of schools and corporations , in over 51 countries , including Australia , India, England , Russia, Brazil, China , Japan, Egypt , Zimbabwe , and South AFRICA !

He graduated from the University of Southern California with his teams highest grade piont average and a degree in Business Finance.

While playing at USC , Keith was the teams leading tackler and an All-Conference player. He was also selected to the All-American Strength Team, and played in one of college football’s biggest and most exciting games , The Rose Bowl . He has won 2 Championship Rings .

After college , Keith signed his professional football contract with the New York Giants.

Keith was one of the strongest players on the team during the pre-season . He stands 6 feet 1 inches tall , weighs 290 pounds , and bench presses over 515 pounds and Leg presses 1800 pounds.

He is currently the founder and CEO of a Global non profit corporation that is literally touching the world , called the Winners Organization .
Visit Keith's website 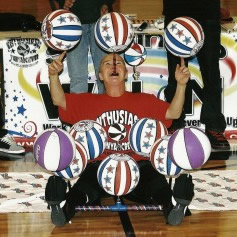 Tanya is known as "The Best Female Basketball Handler"

She was inducted into the Fellowship of Christian Athletes Hall of Champions and is in the South Dakota Sports Hall of Fame.

Tanya now travels all over the world sharing her unique basketball handling show and inspirational message of hope and motivation. She has performed at many colleges, NBA and WNBA games. 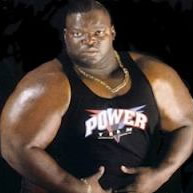 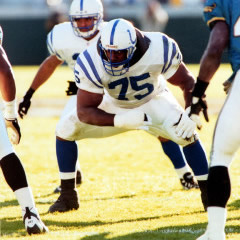 A classic rags-to-riches story, Shawn was born and raised in an impoverished area of Columbus, Ohio. Faced with insurmountable odds such as four learning disabilities, poverty, speech challenges, and the lowest GPA in his senior class, Shawn rose from an average football player to graduating from college and winning several national achievement awards as an athlete, even being drafted into the National Football League.

Shawn was on the roster of several NFL teams, blocking for two Heisman trophy candidates and two all-pro running backs. Shawn is currently CEO of American Services and Protection in Columbus, Ohio. He is living proof that a set-back is a set up for a comeback!

Now, he travels the country sharing the wisdom he has gained through life experiences. He believes we “are not born winners or losers, we’re ALL born CHOOSERS!” 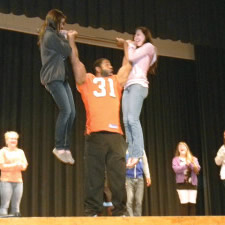 Will was the number one running back in the USA .
He played his college football for Boston College University, where he is the All - Time Leading rusher. He was also selected to the College All-American Team, as one of the best players in the USA .

During the NFL draft , Will was the top rated running back , and was the first running back taken in the first round of the NFL Draft by a team called the Cleveland Browns.
His first year with the Browns he was the team MVP, the leading rusher, and pound for pound the strongest fastest player on the team, he runs his 40 yard dash in a legitimate 4.3 seconds.
William stands 6’2" tall , Weighs 230lbs , squats over 800lbs , has a 46 inch vertical jump , and bench presses 415lbs. 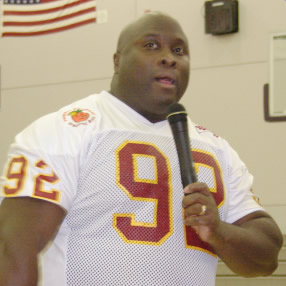 Clarence Lee is a National Champion football player from Florida State University. During his time as a lineman with the Florida State Seminoles he was the strongest player in the history of the University, bench pressing 650 pounds. He was also a student with a double math major. Clarence played for one of college footballs greatest and most successful coaches, Bobby Bowden, who held the record for the most wins in college football history. Coach Bowden considered Clarence one of his favorite athletes, because of Clarence’s moral character and manner of life. Clarence is still a man of commitment
in a world of compromise.

Clarence is a 300 lbs. lineman with tremendous speed. He also set the bench press record at the pro- football scouting camp, making him one of the strongest pro- football prospects for the NFL. His injuries caused his pursuits with the Tampa Bay Buccaneers to end abruptly. He has also played pro-football in an Arena League, and still remains one of the strongest men in the nation.

Clarence Lee has spoken throughout the USA and in over 30 countries around the world including Greece, Thailand, Brazil, Romania, Ukraine, Belize, and Honduras. He is one of the most motivating and inspirational speakers in America. 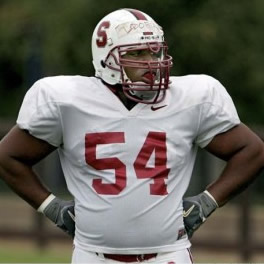 He was one of the top football recruits in the USA, and a top academic national honor student. He was born in Nigeria West Africa, and started playing football at 13 years old.
He played his college football for Stanford University, where he was a 4 year starter, All- PAC 10, and the most dominant defensive player on the team. He was also the strongest player on the team. He graduated with a degree from Stanford as a Science, Technology, and Society major.

Consider Contributing To This GREAT Cause!

Together We CAN Make a Difference!

Additionally, you can give securely online, by clicking the donate button. To insure that your donation is applied correctly, select “CFT North” from the Donation Type drop-down menu.

*Please note that your yearly tax deductible donation receipt will be sent out in January, by Hope Chapel, specifying that your donation was purposed for Champions For Tomorrow.